Malcolm Turnbull has gone on British television with some outlandish claims about his ousting as prime minister.

Speaking on the BBC, he claims his Liberal colleagues were actually worried he was going to win the next election, not lose it.

“As I said at the time it was essentially a form of madness that occurred, whipped up internally and also amplified by voices in the media.

“Basically, you could argue that their concern was not that I’d lose the election but rather that I’d win it.”

Host Andrew Neil called out the remarks, saying “that’s not credible” and reminding him the government had lost 40 consecutive Newspolls.

But Mr Turnbull stuck by his claim, saying the Coalition “had essentially drawn even” in the polls.

“Normally when you replace a leader, you replace the unpopular person, whose fate is sealed, with somebody who is much more popular and gives you a chance at winning,” Mr Turnbull said.

“That was not what happened.

“The party, on any of the objective indications, is polling in a worse position that it was in August, I mean you can’t deny that’s a fact.” 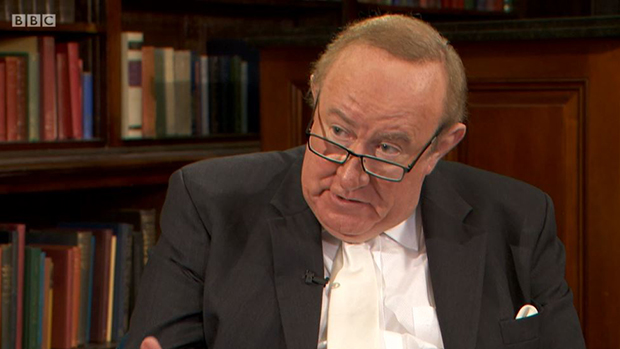 Well, that’s exactly what Alan Jones is doing, saying the claims are delusional.

“The real fact is you’d lost, Malcolm Turnbull, 40 Newspolls in a row, you didn’t have a hope in hell of winning.

“And you lost because you declared the leadership vacant and the partyroom didn’t support you.”

Thank you PM @theresa_may & Mr Speaker for the very warm welcome. The decorum of your Question Time was inspiring but unfamiliar 😉 https://t.co/fIfl8jZ6vp

“It’s Turnbull delusion, absolute delusion. I mean this is the guy who lost 14 seats.

“If they thought they were going to win under Turnbull he would still be there.”