The proposed ‘Great Emu in the Sky: Constellation’ sculpture would be 30 metres tall, and is supposed to represent an Indigenous creation story, but has been variously described as looking like a tumbleweed or a platypus. 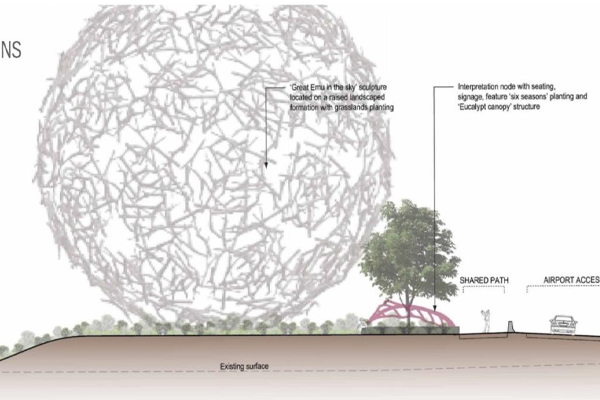 NSW One Nation leader Mark Latham told Ben Fordham the sculpture is barely recognisable either to passers-by or those flying into the airport.

“I’m not too sure [it] qualifies as art, and it certainly doesn’t justify the expenditure of $7 million of taxpayers’ funds.

“If this is going to help a single Indigenous person, then I’m the Easter Bunny.”