GetUp activists have targeted MP Craig Kelly by dressing up as dinosaurs, at a train station, in the Sutherland Shire.

The costumes had ‘denialsuarus’ written on them as they handed out flyers to “Put Liberals Last”.

They have been working to unseat conservative MP’s such as Tony Abbott, Peter Dutton and Greg Hunt.

“They claim to be independent.

“They are Labor Green stooges and they are pushing policies that will damage our economy.” 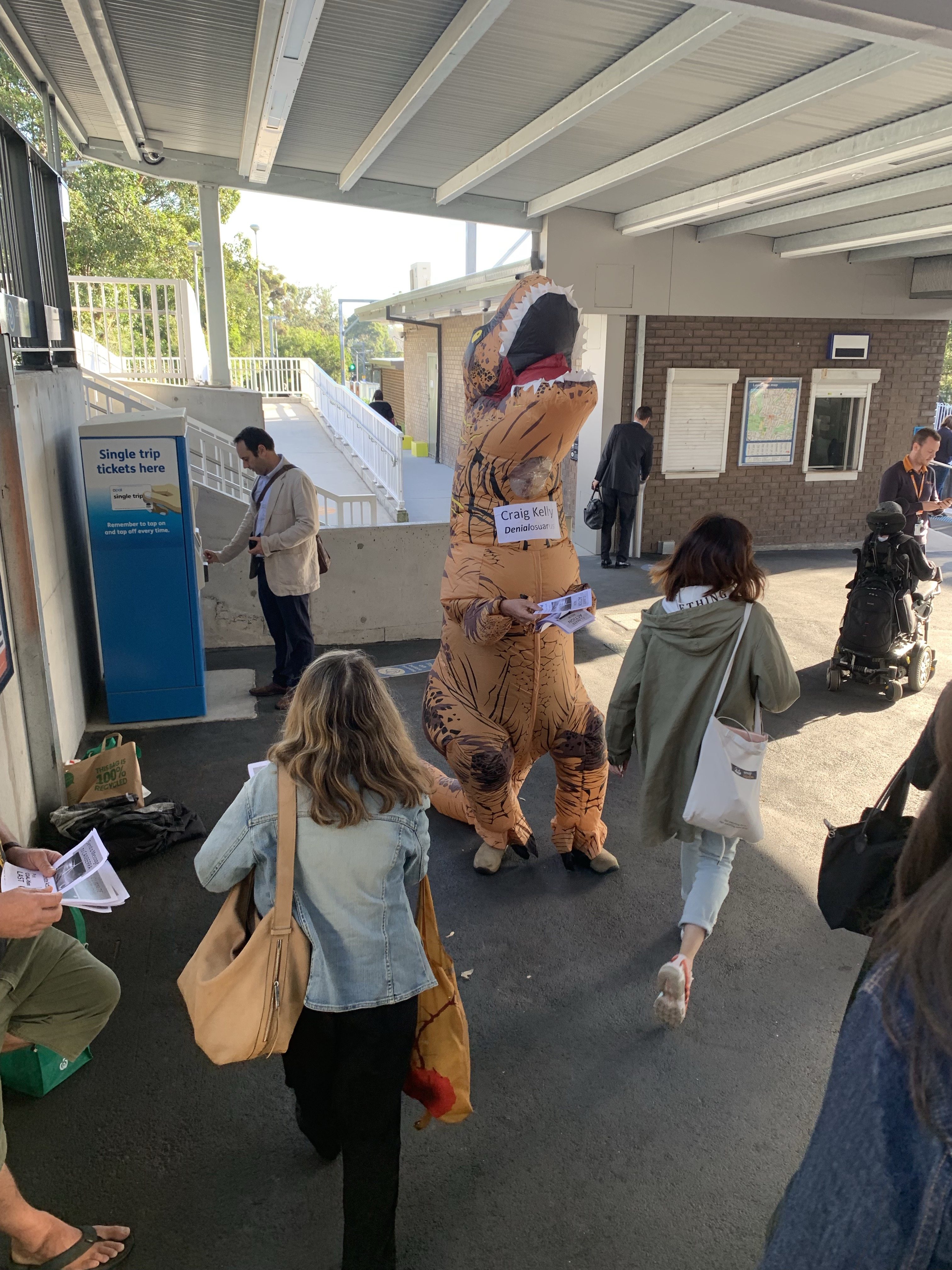