A ferocious blaze, believed to be deliberately lit, ripped through Sydney’s south-west earlier this week.

Listener Gary captured these stunning images of firefighters attacking the blaze from the air.

He wrote to Ray, thanking the RFS and Fire and Rescue NSW for their incredible efforts.

“These pilots are remarkable, they operated in a loop emptying their load and heading back to the Georges River to refill.  It was non-stop, just the extraordinary skills of the pilots.

They filled up in the Georges River, queued up, hovered and waited for each other’s turn to drop their load, then off to refill and back again within minutes.

What would we have done without them.

They kept water bombing for as long as the light allowed.

I would just like to say a personal thank you to those amazing pilots.”

Well said Gary and well done to our amazing firefighters.

It prompted listener Tracy to send her photo of a rescue helicopter dropping water at Deadman’s Creek at Sandy Point in Sydney’s south-west.

Take a look at the dramatic photos below 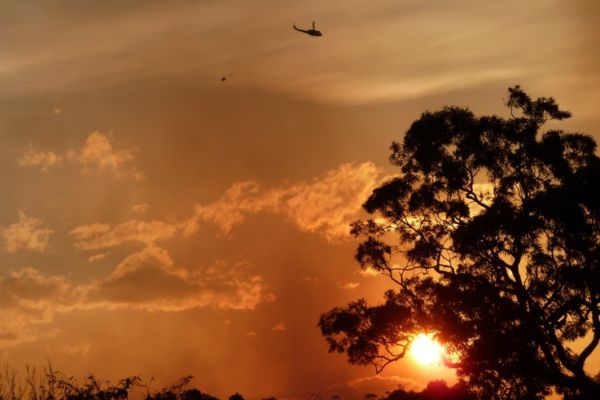 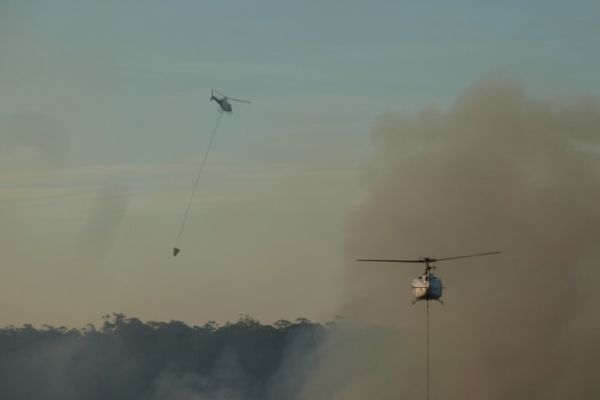 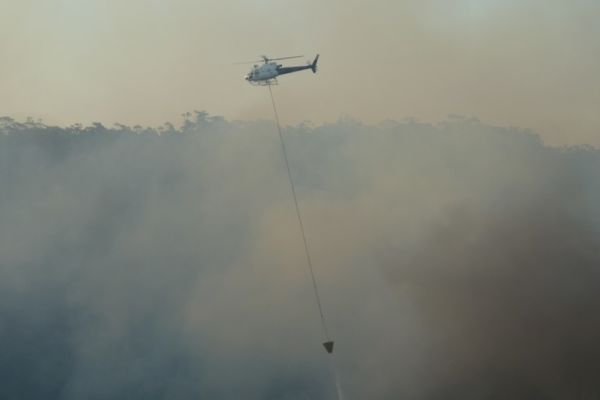 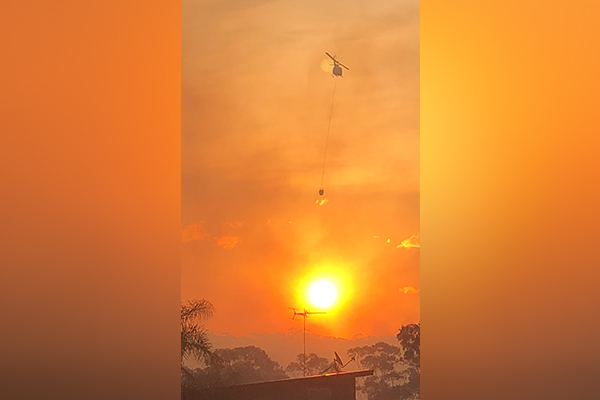