‘Full credit to Gladys’: Northwest Metro to open ahead of schedule and under budget

The biggest public transport project in Australia, the Northwest Metro, will open this Sunday ahead of schedule.

The much-anticipated train line runs from Rouse Hill to Chatswood and has been delivered $1 billion under budget. 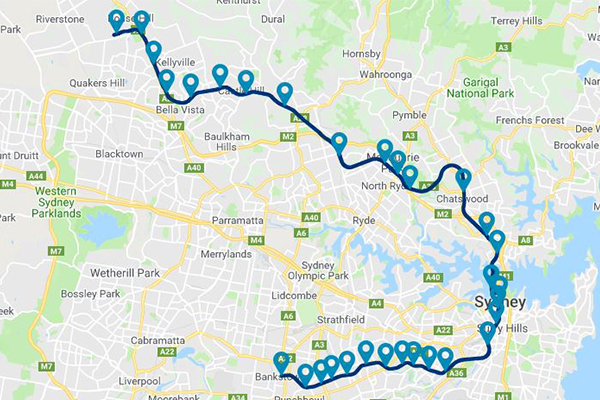 “This is full credit to Gladys. Gladys got all the contracts signed,” he tells Alan Jones.

“We are about to change lives for the better. Working families out there are about to get a transport solution they’ve never had before.”

Mr Constance tells Alan this Sunday’s opening day will be free for all passengers who want to try out the new driverless trains.

“We’re making it a family day for the community to thank them for their patience.”

Alan phoned the Premier to congratulate her for her role in the project.

Ms Berejiklian says lots of people thought it would never be finished.

“I’m just thrilled because when we first announced it I had people who’ve lived in the Hills area for years coming up to me going, ‘I’ll never live to see it’.

“So I’m hoping all those people will turn up on Sunday and have a free ride!”

Click PLAY below to hear the chat with the Premier

The Northwest Metro’s success is in stark contrast to the Sydney Light Rail project which is now years late and hundreds of millions of dollars over budget.

The Transport Minister told Ben Fordham on Wednesday it’s been one of the most complex projects in the nation’s history.

The government is hoping to have trams rolling down George Street by Christmas.

‘They can creep up on you’: Transport Minister’s warning as light rail testing begins