Five teenagers are in custody after police stormed a shopping centre on Sydney’s lower north shore, responding to reports of men with guns.

Police were called to the Westfield centre on Anderson Street at about 6.30 Wednesday night after receiving reports of a group of males with firearms. 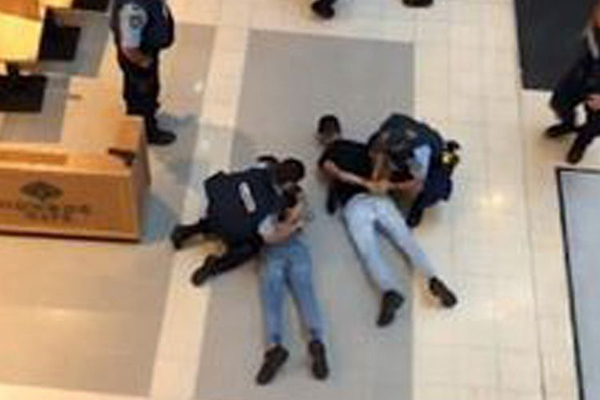 The 18-year-old has since been charged with offensive behaviour in a public place and has been granted bail to appear in local court next month.

The four youths will be dealt with under the Young Offenders Act.

“Whilst the toy guns were not pointed at any members of the public and no one was physically injured, a number of witnesses were understandably distressed by the incident.

“Police must treat any reports of firearms as genuine and respond appropriately. This kind of behaviour in a public place is reckless and could have serious consequences.”