A fisherman has almost gone overboard while trying to reel in a shark on the NSW Mid North Coast.

Steve Baker was in his tinnie on the Maria River at The Hatch, about 15km north of Port Macquarie. 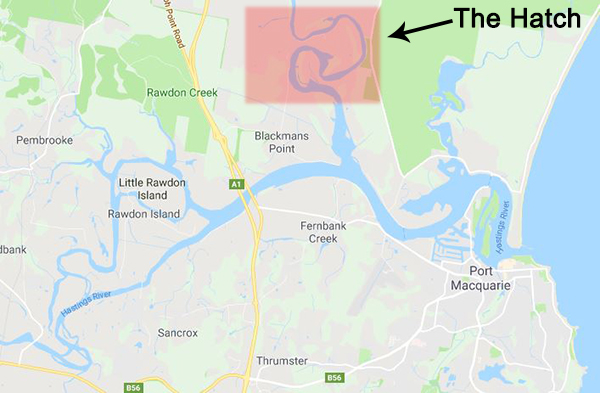 He snagged a 2.5-metre bull shark which almost capsized the boat while trying to break free.

Steve’s mate Stuart sent this picture to Ray Hadley, saying it took him “a fair bit of time” to reel in the monster catch. 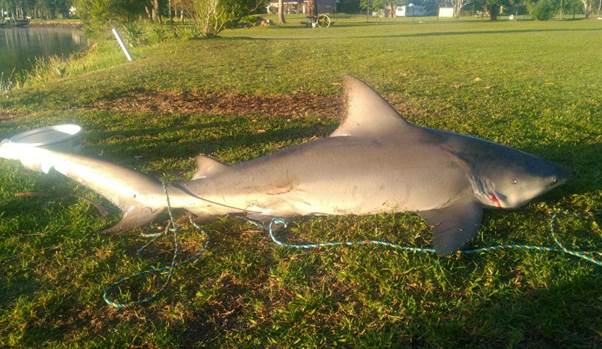