Firefighters have since extinguished the blaze at Sydenham.

Structural engineers are now on the scene inspecting the integrity of the building.

Up to seven fire crews are battling a fierce fire at the General Gordon Hotel at Sydenham.

The fire broke out on the second floor of the building located on Burrows Avenue.

A fire has engulfed the second floor of the General Gordon Hotel in Sydenham on Burrows Avenue. Roads blocked. Avoid area! pic.twitter.com/0tWg5uo7u0

Up to sixty firefighters were called to the scene, in an effort to stop the fire from spreading.

The roof of the Hotel collapsed and buildings surrounding the blaze have been evacuated.

Trains operating in and out of Sydenham station were temporarily halted as emergency services worked to contain the fire. 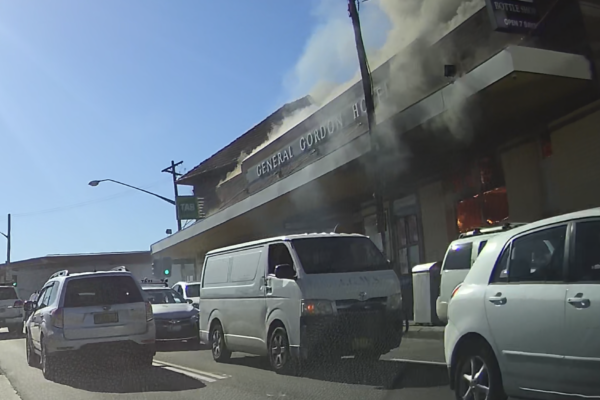 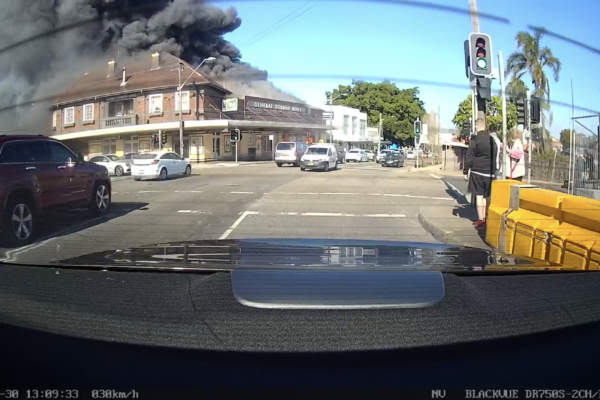 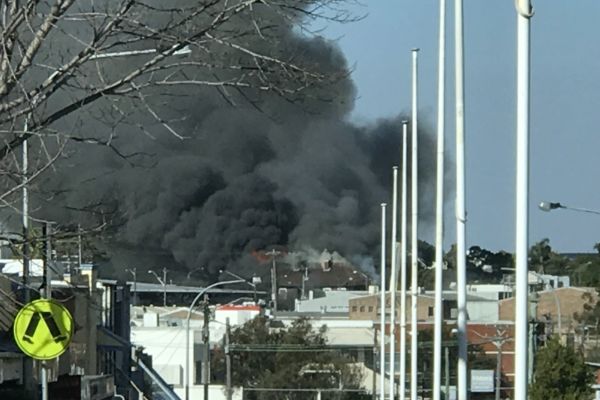 He says it was a “close call” for firefighters when the awning collapsed but everyone is “safe and well”.

The building was under refurbishment at the time, and some workers were inside when the fire broke out.

An investigation into the cause of the blaze is underway.