An early morning truck crash on the Central Coast has caused major delays on the M1.

Around 2.10am a B-double was travelling through a roadworks zone at Halloran when it smashed into three parked work trucks.

The crash sparked a fire which soon spread to all four vehicles.

Emergency services acted quickly to extinguish the fire, and no injuries have been reported.

All northbound lanes now have reopened after earlier closures. 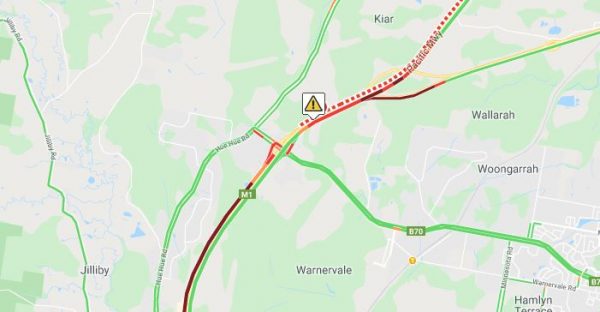 All southbound lanes are open and Sydney-bound traffic is flowing.