Former Australian cricketer Michael Slater is in hot water after being removed from a plane on the weekend.

EXCLUSIVE | Former Test cricketer Michael Slater has been removed from a flight after an heated dispute. https://t.co/9wtGoKJyf8

Just before 3pm, passengers were boarding Qantas flight QF2229 from Sydney to Wagga when there was a major disturbance.

As Slater was boarding he became involved in an extremely heated discussion with the two women he was travelling with.

The discussion escalated as they took their seats with witnesses saying the Channel 7 commentator was swearing and yelling abuse at one of the women in particular.

Slater then went to the bathroom and, according to our reports, refused to come out, meaning the plane couldn’t take off.

The crew was forced to call airport security, who boarded the plane to deal with the situation. 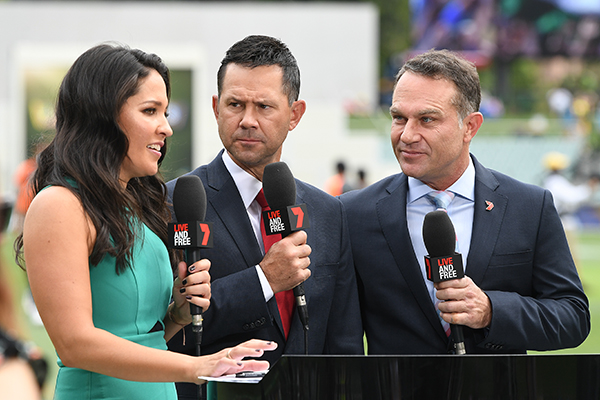 Qantas has confirmed the incident, saying “a male passenger was asked to leave the aircraft for being disruptive. He complied with the crew’s request.”

Australian Federal Police did not need to be called and, due to privacy reasons, the airline is not releasing any further details.

The flight to Wagga has just 74 seats and takes 70 minutes and was delayed by almost half an hour.

Macquarie Radio has spoken with Michael Slater’s management who confirmed the incident but denies he locked himself in the bathroom.

The former Test batsman has now issued a statement to Macquarie Radio.

“I did have an argument with 2 friends whilst boarding a flight to Wagga and I apologise for the inconvenience this caused other passengers on the flight.”

Slater has become a mainstream TV personality since his retirement in 2004, working for Channel Nine for years before making the switch to Seven in 2018.

The Seven Network only became aware of the incident when Macquarie Radio made contact and has refused to comment.

“At this stage of the cricket season, Michael is working for a number of broadcasters.

Slater has been going through personal issues of late, with reports last week claiming Seven is on the verge of terminating his contract.

Seven has denied those reports.

Click PLAY below to hear the full report from Nick Fergus