A journalist has been sentenced after she hit a cyclist during a test drive of a $350,000 sports car.

28-year-old Amelia Hungerford, a journalist with Signature Luxury Travel & Style, was charged after she hit a cyclist at Ku-ring-gai Chase in May 2018.

Ben Fordham revealed at the time that the crash happened while she was test driving a McLaren sports car at a media event. 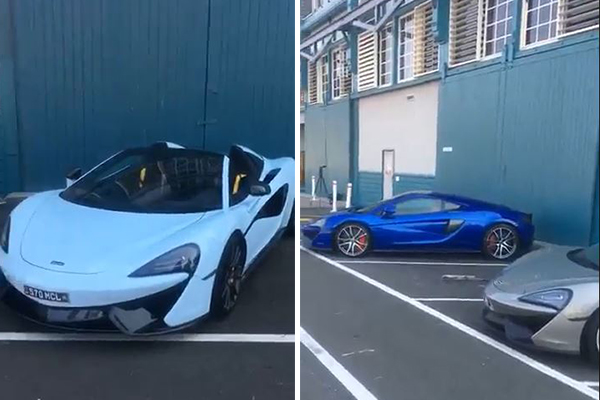 The $350,000 McLaren sports cars being tested at the media event

James Tan, a cyclist in his 50s, was taken to hospital in a serious condition after suffering injuries to his face and legs.

When Hungerford was contacted by The Ben Fordham Show for comment in September she said she was “not at liberty to discuss”.

She has now been sentenced to 12 months in jail with a non-parol period of seven months.

Hungerford has been granted conditional bail while she appeals the severity of the sentence.