Downer not blaming Turnbull for by-election disaster: ‘It was not about national issues’

Ms Downer lost the seat, with a big swing of more than 3 per cent, to Independent Rebekha Sharkie. 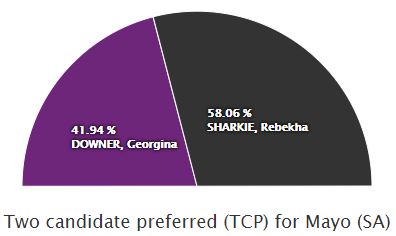 Ms Downer has politics in her blood; her great-grandfather helped write the constitution, her grandfather was a federal member, her father was foreign affairs minister Alexander Downer.

She’s already confirmed she will apply for pre-selection ahead of next year’s federal election.

Ms Downer joins Alan Jones, saying it was clear the by-election was not fought on national issues but was purely an end to the farcical dual citizenship saga.

“People were annoyed that they had to go to the polls again, they thought the whole section 44 issue was ridiculous and they did not blame those who had been caught up in it.

Alan believes the swing away from Liberal shows significant issues at a leadership level but the loyal Liberal candidate suggests improvement is needed at all levels.

“I take your point that there are some national issues that we still need to grapple with and we do need to communicate Coalition policies a lot more effectively.

“But in these by-elections, unfortunately, it was not about national issues.”

“This 10-and-a-half week campaign through winter and in the Adelaide Hills it’s pretty cold here, it gets well below zero.

“Look I had a fairly quiet day yesterday… it was nice to reconnect with my husband and children.”