An Aussie recruiter has been targeted by those rorting welfare payments after he admitted to reporting dole bludgers.

Mr Wynn was receiving resumes with the admission, “I am only applying for this position to complete my Job Plan with Centrelink”.

But after appearing on Ben Fordham Live Mr Wynn has been receiving messages of abuse.

They wrote in a statement, “When the Government unveiled the dobbing hotline- we predicted this happening- scumbags taking the opportunity to hunt welfare recipients for sport.”

Despite this, Mr Wynn does not regret coming on the radio and will continue reporting dole bludgers. 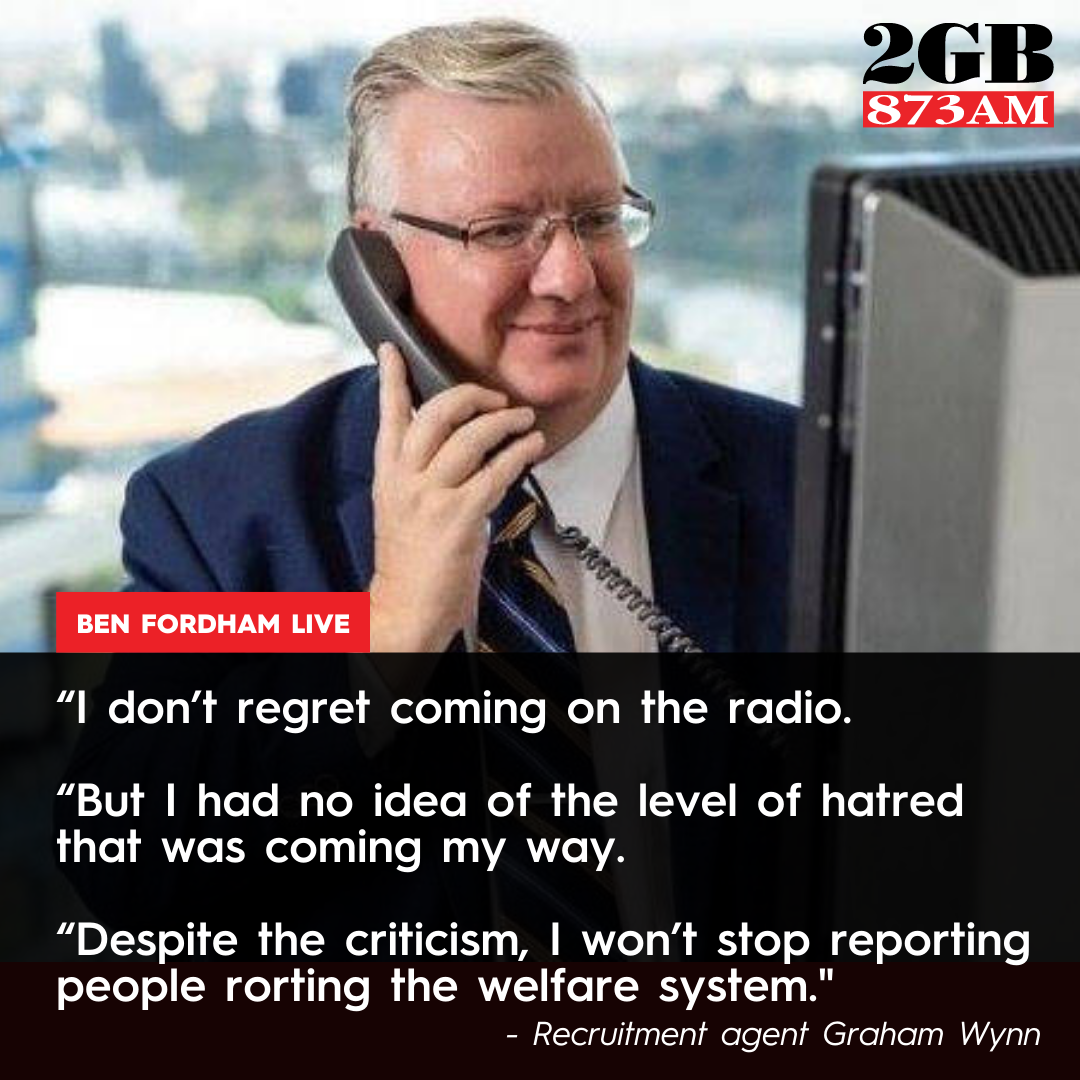 “Graham Wynn should wear these attacks as a badge of honour,” Ben said.