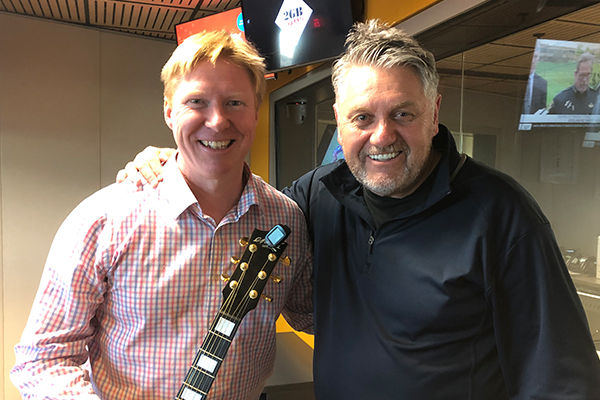 He dropped into the studio to perform Glen Campbell’s Wichita Lineman and even threw in the 1970 Cat Stevens classic Father and Son.

Darren also tells Ray the hilarious story of how Glen Campbell had the opportunity to record with his idol Frank Sinatra, and accidentally came on a little too strong!

“Glen raced up to [Sinatra’s] producer and said ‘oh, man that was great! Hey, did Sinatra say anything about me?’

“And the producer said, well, yeah he did actually. He was concerned that you fancied him. He thought you were lusting after him!”

To buy tickets to the Rhinestone Cowboy tour CLICK HERE