Trees have been knocked down in chaotic scenes across Sydney as a fast-moving, severe storm hits.

More than 70,000 homes and businesses across Sydney have been left without power while trains on the North Shore and Western line were blocked by a fallen tree between Gordon and Lindfield.

STORM | This video was sent to us from Gordon where “hundreds of trees” have been torn down by high winds. pic.twitter.com/Z6NvBlUQiU

A caller has told Steve Price tin roofs are flying off at Pymble as the storm hits.

Ray Hadley tells Steve the scene at Gordon is chaotic.

“I can’t describe how many trees are down, there’s hundreds and hundreds of trees.”

Caller Michael has sent in a photo of a tree which hit power lines in Ingleburn with power lost as a “hurricane-like storm” hits the city. 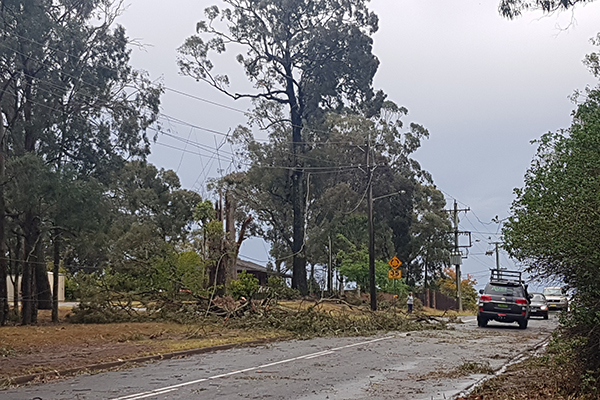 Listener Dom has sent in a photo of fallen down trees on Forest Way at Sydney’s north. 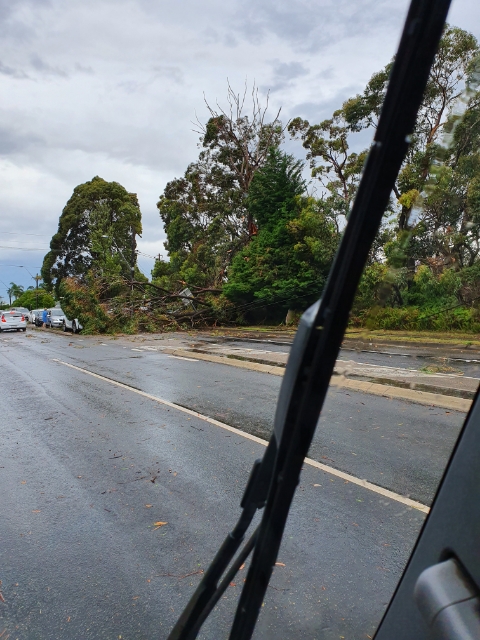 Emergency crews are working to restore power to 25,000 customers after severe storms swept across Western Sydney & caused 190 electrical hazards, Power is currently out to all customers supplied from major substations at Macquarie Fields & Wisemans Ferry. Further updates to come. pic.twitter.com/K6hKl1HAA4

Listeners have sent in photos of the impact of the storm around the city. 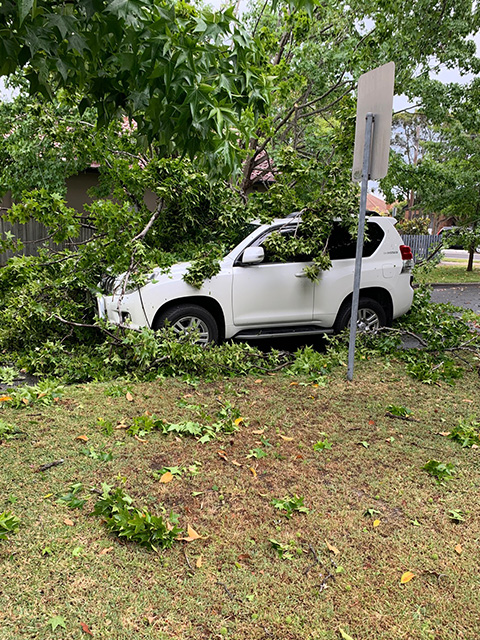 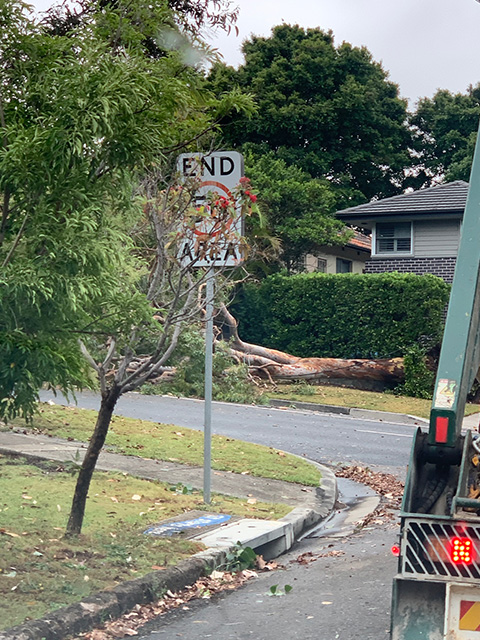 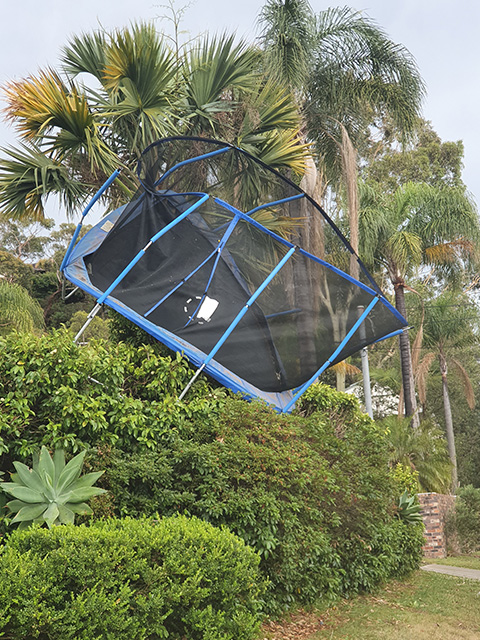