‘Bucket loads of conflict’: Attorney-General steps aside from investigation into magistrate 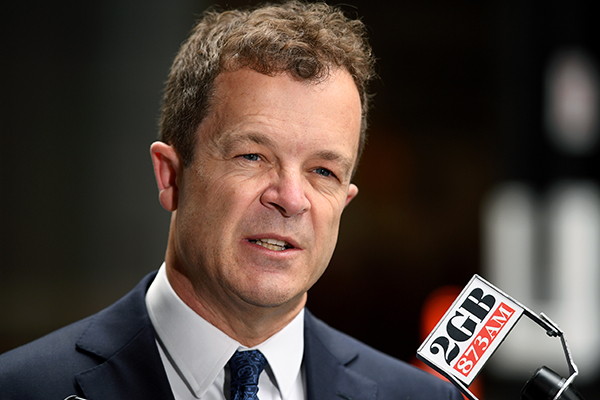 Ray Hadley has revealed a conflict of interest between the NSW Attorney-General and a magistrate who granted bail to murderer Tafari Walton.

Walton was shot and killed by police on Thursday after stabbing the mother of his child to death at Lake Macquarie.

He was on strict conditional bail at the time, after stabbing another inmate while serving a two-year jail sentence for other crimes.

Walton was granted parole in January, despite the serious charges against him.

Magistrate Brett Thomas then granted Walton bail, allowing him to be released into the public.

Ray says magistrates who grant bail to convicted criminals should be held accountable.

“Who is gonna talk to Magistrate Brett Thomas and say, ‘Brett you buggered this one up, what are you gonna do about it?’

“Two people dead and lives ruined because the bloke was allowed out on bail. It’s just mind-numbing.”

Click PLAY below to listen to what Ray has to say

The Attorney-General has ordered an investigation into why Magistrate Thomas granted Tafari Walton bail.

But Ray Hadley has been informed of a possible conflict of interest that should see Attorney-General Mark Speakman remove himself from the matter.

It’s believed Magistrate Thomas was on the NSW Liberal Party panel that supported Mark Speakman’s pre-selection for the seat of Cronulla.

Ray Hadley does not allege the relationship between Magistrate Thomas and the Attorney-General is improper but says it would be inappropriate for Mr Speakman to investigate the Walton decision.

“If he doesn’t appoint someone independent of himself to investigate the decision of this magistrate we have buckets and bucket loads of conflict.”

Ms Berejiklian categorically supported Mr Speakman, saying there is no conflict of interest.

But Attorney-General Mark Speakman has since stood himself down from the investigation.

“I am informed by Liberal Party headquarters that now Magistrate Brett Thomas was not a member of State Executive in 2010.

The Liberal Party has confirmed that Mr Thomas was on neither the 160 member strong panel that preselected me for the 2011 election nor the similar panel for the 2015 election.

I consider there is no conflict that would prevent me from considering the bail matter relating to the tragic events at Glendale this week. However to ensure public confidence, I will refer the matter to another minister.”