A passenger train has derailed at Richmond Station in Sydney’s north-west, injuring at least a dozen people.

Sydney Trains has confirmed the train ran into buffers at the end of the line.

#WesternLine 10:11 Richmond to Central service has been cancelled due to a train hitting the buffers at Richmond earlier

24 paramedics assisted doctors in treating at least 16 people with injuries ranging from a fractured leg to back and neck pain.

They’ve being taken to nearby hospitals in stable conditions.

Listener Harry called from the scene after witnessing the crash.

“There was an almighty bang. We turned around in time to see the train, it was rolling backwards, probably a good carriage length. It had rebounded.

“Huge amount of dust. There’d be some injuries for sure. It really did hit hard, I’ve never seen one like it.”

“A second chopper has just landed on the oval across from the station. The street’s all blocked off.”

“There’s a triage area set up in the park. A second helicopter has just arrived.

“There’s ambulances everywhere. It’s pretty chaotic, but in a calm way if that makes sense.”

Click PLAY below to hear Steve and Fred’s reports

See images from the scene sent exclusively to Ray Hadley 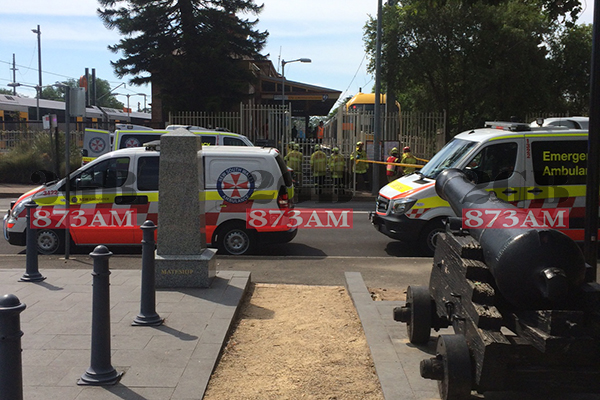 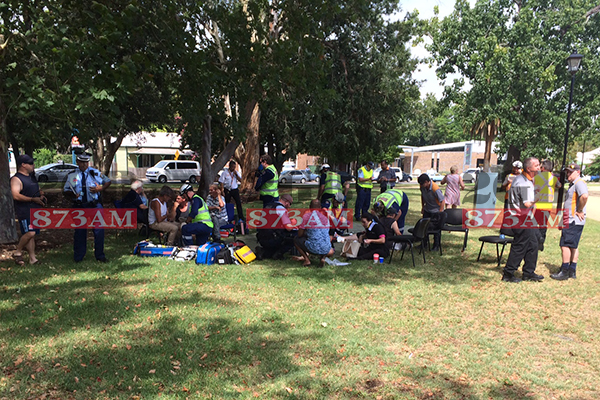