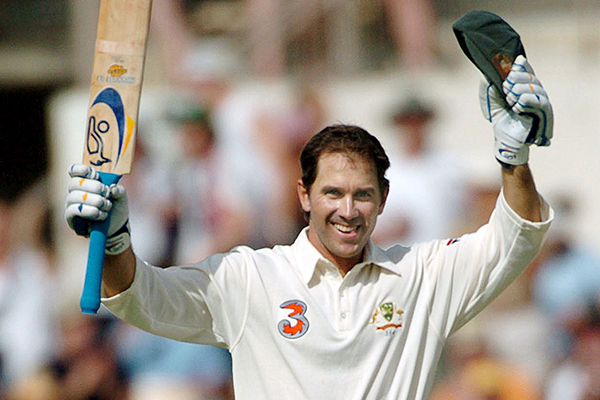 Justin Langer has been announced as the new Head Coach of the Australian men’s cricket team.

The former batsman will coach all three formats – T20, One Day and Test.

He’ll take over on May 22, on a four-year contract.

Langer will step down as Head Coach of Western Australia and the Perth Scorchers.

Former fast bowler Jason Gillespie was one of the main contenders for the role but has congratulated Langer on social media.

A fantastic appointment!
Very excited for my mate Alfie. The Australian Cricket Team is in great hands.#proud https://t.co/3OGtpXaTbw

Langer replaces Darren Lehmann, who stepped down over the ball-tampering scandal. Lehmann has congratulated his successor.

Langer will coach Australia in all three formats of the game and will commence in the role on 22 May, for a four-year term taking in two Ashes Series, a World Cup and World T20 tournament.

In Test cricket, he scored more than 7,500 runs – including 23 centuries – and was an integral member of the Australian men’s team during one of the most successful eras of all time.

His playing career spanned almost 20 years, in which he played 360 first-class matches and scored more than 28,000 first class runs.

Langer has also been involved in the Australian men’s team set-up on multiple occasions.

He was an assistant coach for three years from November 2009, before taking up head coaching roles with Western Australia and Perth Scorchers.

He has also twice been Australia’s head coach on an interim basis, in an ODI Tri-Series in the Caribbean in 2016, and in a T20 International Series on home soil against Sri Lanka in 2017.

“Whilst Darren Lehmann was not due to complete his term until next year, we have had a succession plan in place for this role for some time.

“In addition to professional development opportunities, this plan has included several coaches stepping into the head role to relieve Darren at times, and to also provide support roles, including Justin, and forms part of our long running succession planning process.

“The plan has allowed us to consider several worthy candidates, but Justin was the clear standout, particularly based on his recent coaching and player development achievements.

“We firmly believe Justin is the right person to lead this team and have huge confidence in what he will bring to the role.

“To illustrate this, I note that Western Australia has more nationally-contracted male players than any other state for 2018-19.

“Justin’s work ethic, leadership and values are among his strongest attributes – and he is widely respected across the global cricket community,” concluded Mr Sutherland.

Langer will also play a role on the Rick McCosker player review panel, as announced earlier in the week.

“It is humbling to be appointed as coach of the Australian Men’s Cricket Team.

“I would like to thank the Western Australian Cricket Association and the Perth Scorchers for their support over the past six seasons, and for giving me the opportunity to lead and work with two great teams and many exceptional people.

“I’d like to especially thank my family for being with me on this journey and for supporting me in accepting this position.

“I am very excited about the scope I now have to coach the country that supported me so much in my cricketing career.

“There will be some significant challenges ahead for our group, but there is a wealth of talent in Australian cricket that I know will do us all proud.

“I’m thoroughly looking forward to working with all players, as we strive for a successful men’s team across all formats, with the support and respect of the Australian public,” concluded Langer.