Cleo Smith has been found after she went missing from a WA campsite more than two weeks ago.

The four-year-old was last seen in the early hours of Saturday morning on October 16 in her family’s tent at the Blow Holes campsite north of Carnarvon.

Police found the girl in a room of a locked house in Carnarvon and she has been reunited with her parents.

A man has been taken into custody.

Press PLAY below to hear Ben Fordham break the news

West Australian police have shared an image of little Cleo happy and smiling in her hospital bed, with an icy pole in hand. 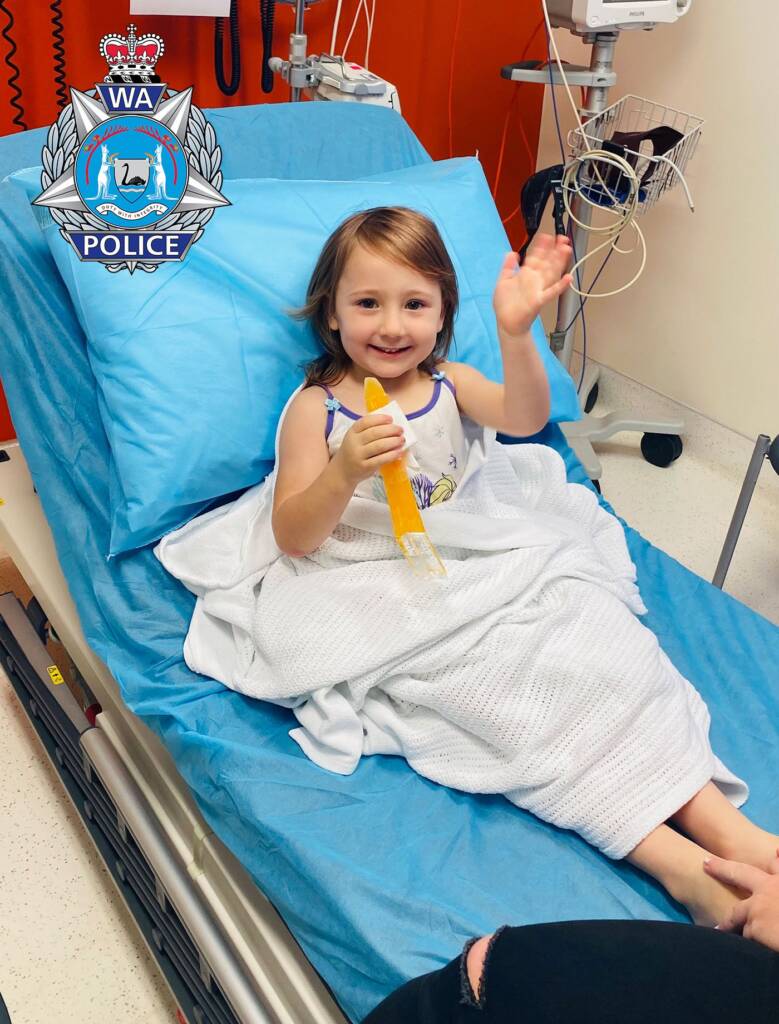 “I’ve got to say, it sounds like it was an abduction/kidnap situation.”

Press PLAY below to hear the full details

“Utterly proud of our community and the way they’ve managed this.”

Leading criminal psychologist Tim Watson-Munro told Jim Wilson the alleged offender is likely someone with no remorse and no empathy, “which is the hallmark of a psychopath”.

“With crazy people, they’re very disorganised, they wouldn’t be able to do it.”