Blues coach Brad Fittler back on his bike, all for an incredible cause

NSW Blues coach Brad Fittler is back on his bike for his annual Hogs For The Homeless tour.

The Rugby League great started the charity ride in 2013 and has raised almost $700,000 for Youth Off The Streets since.

It’s a cause that’s been close to Fittler’s heart for a long time.

For several years now he’s taken his City Origin squad and the State of Origin squad to the Matthew Talbot Hostel at Woolloomooloo.

This year he’s hosting an expanded ride which includes delivering a disability bus to Tumut, playing beach football in Lennox Head, selling a sheep in Carcoar, re-turfing a school playing field in Baulkham Hills and handing out 5000 footballs to children… all in nine days.

The man known as ‘Freddy’ has a chat with Ray about the ride and who’s joining him.

2019 Hogs For The Homeless Schedule 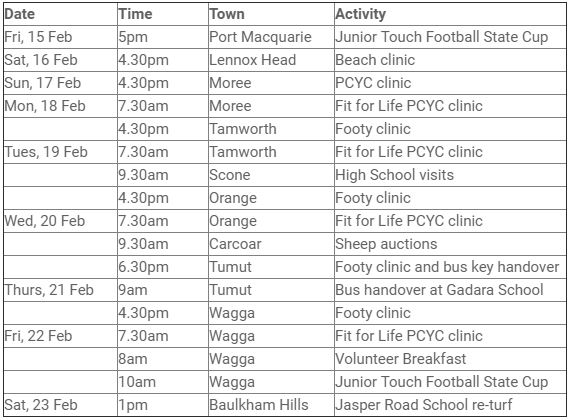