Two people have been shot and another attacked with an axe during a home invasion in Sydney’s west.

Emergency services were called to a home on Stephen Street at Blacktown just before 5am.

They found one man suffering a gunshot wound to the thigh, while another man had been hit in the head with an axe.

Both were rushed to Westmead Hospital with non-life threatening injuries.

When police arrived, a man tried to flee from the back of the home, armed with a gun.

Officers confronted the 33-year-old and shot him in the wrist.

He’s been taken to Westmead Hospital in a stable condition, and remains there under police guard.

Another man was arrested in the carpark of a nearby hotel and taken to Blacktown Police Station. 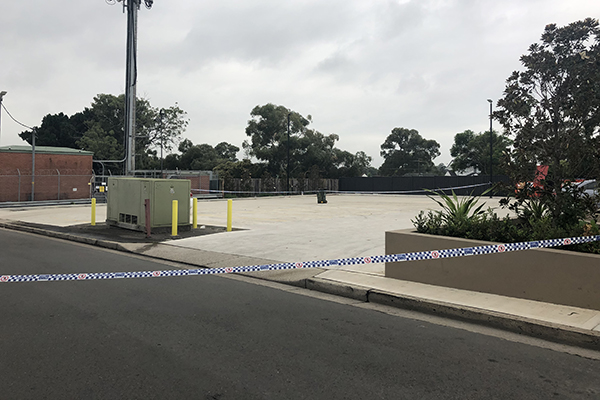 The car park of a nearby hotel has been cordoned off

A Critical Incident Team is investigating all circumstances surrounding the incident and a large stretch of the road remains cordoned off as a crime
scene.

A sniffer dog is helping officers to scour the area.