There’s a push to give doctors a greater say over whether sick asylum seekers should be evacuated to Australia.

Mr Dutton tells Ray Hadley ASIO, the Defence Force, Operation Sovereign Borders and lawyers have all told the Opposition leader the bill would have disastrous consequences.

“Bill Shorten has had advice, he’s had briefings. The agencies have told him it would be a disaster and it would restart boats.

“We need to hear from Mr Shorten now why he’s supporting the bill.”

Bill Shorten’s office has contacted The Ray Hadley Morning Show denying he has had a security briefing about the proposed legislation but admitting he does receive normal security briefings now and again.

The Opposition Leader has also released legal advice from Melbourne lawyer Matt Albert, claiming medical transfers could be overruled by the government in some circumstances.

But it turns out Mr Albert is anything but independent on the matter. He’s actually a Labor Party member. 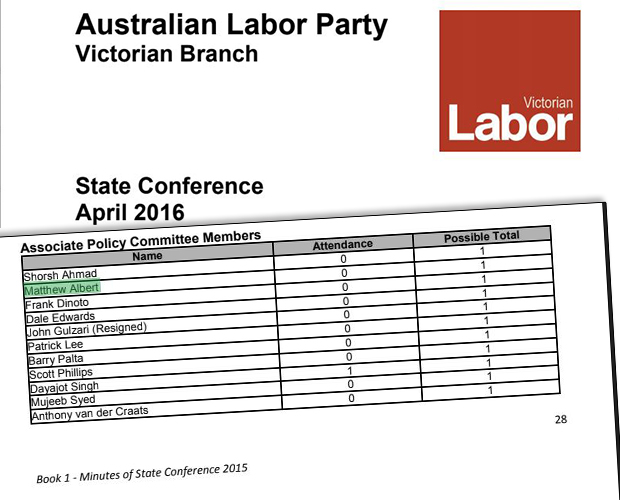 Image: Document from the ALP Victorian State Conference in 2016

Mr Dutton says the Opposition should be listening to Australia’s top independent security agencies, not a Labor lawyer.

“I would have thought Mr Shorten would be best advised to take the advice from the Director General of ASIO, from the Chief of the Defence Force, from the Head of Operation Sovereign Borders, from the Australian Government Solicitor in relation to this bill.”

Click PLAY below for to hear the full interview