Ben Fordham contacted Woolworths for comment after a caller notified him of the ‘one serve policy’ at a Blacktown BWS store.

Woolworths has removed the sign and says it “was put up in error”.

“While we do treat the responsible service of alcohol very seriously, we don’t have a one service per day policy in our Sydney stores.” 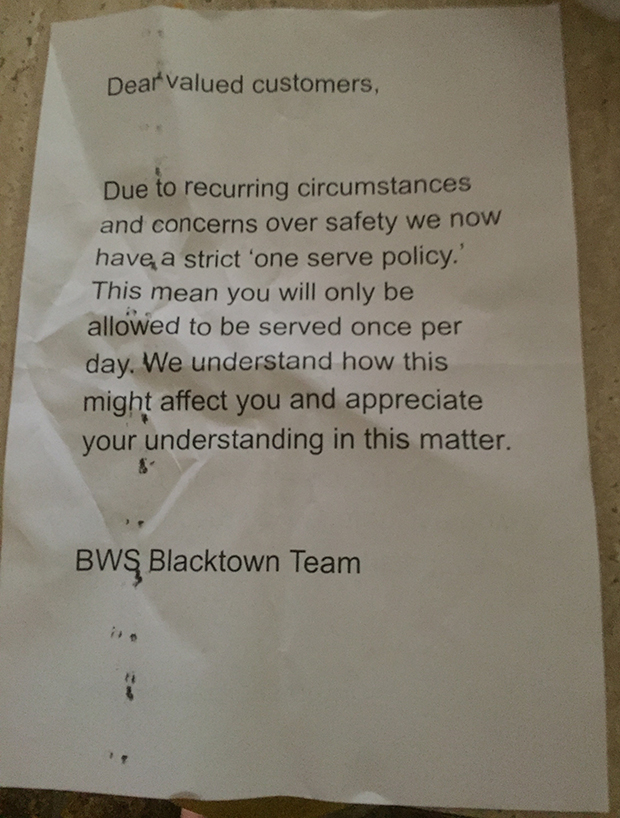 The note in question at BWS Blacktown (supplied)

A caller has notified The Ben Fordham Show of an interesting new policy at a Blacktown BWS store.

The store has a new ‘one serve policy’, which means a single customer will only be served once per day.

Stephen tells Ben Fordham he saw the sign at the counter when he was purchasing wine and was barred from buying another bottle.

Ben is investigating the motives behind the note, conceding there are probably greater issues at play.

The Ben Fordham Show has contacted BWS to find out what prompted the new policy.