Australian Olympic boss speaks out after Russia banned from Olympics

The head of Australia’s Olympic team is welcoming the decision to ban Russia from competing at world sporting events, including the Olympics.

The World Anti Doping Agency (WADA) has imposed a four-year suspension, after Russian officials were found to have tampered with doping-related lab data.

It means Russia will be banned from competing at the Tokyo 2020 Olympics, the 2022 Beijing Winter Olympics and the 2022 FIFA World Cup in Qatar.

Russian sportsmen and women who can prove they weren’t part of the state-sponsored doping program will be allowed to compete as neutral athletes under the Olympic flag.

“Totally appropriate and I’m very pleased that they’ve come down with this very strong message that it’s just unacceptable.

“Russian sport will pay a big price, which is good.” 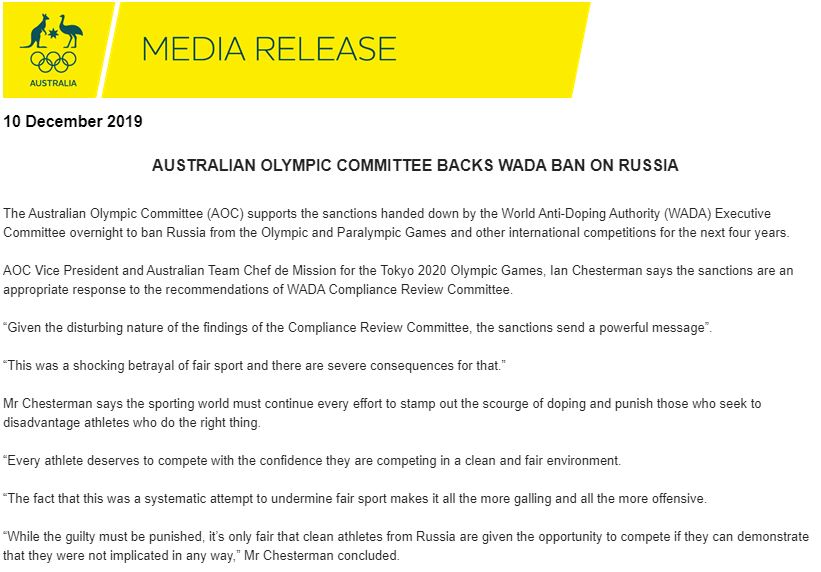