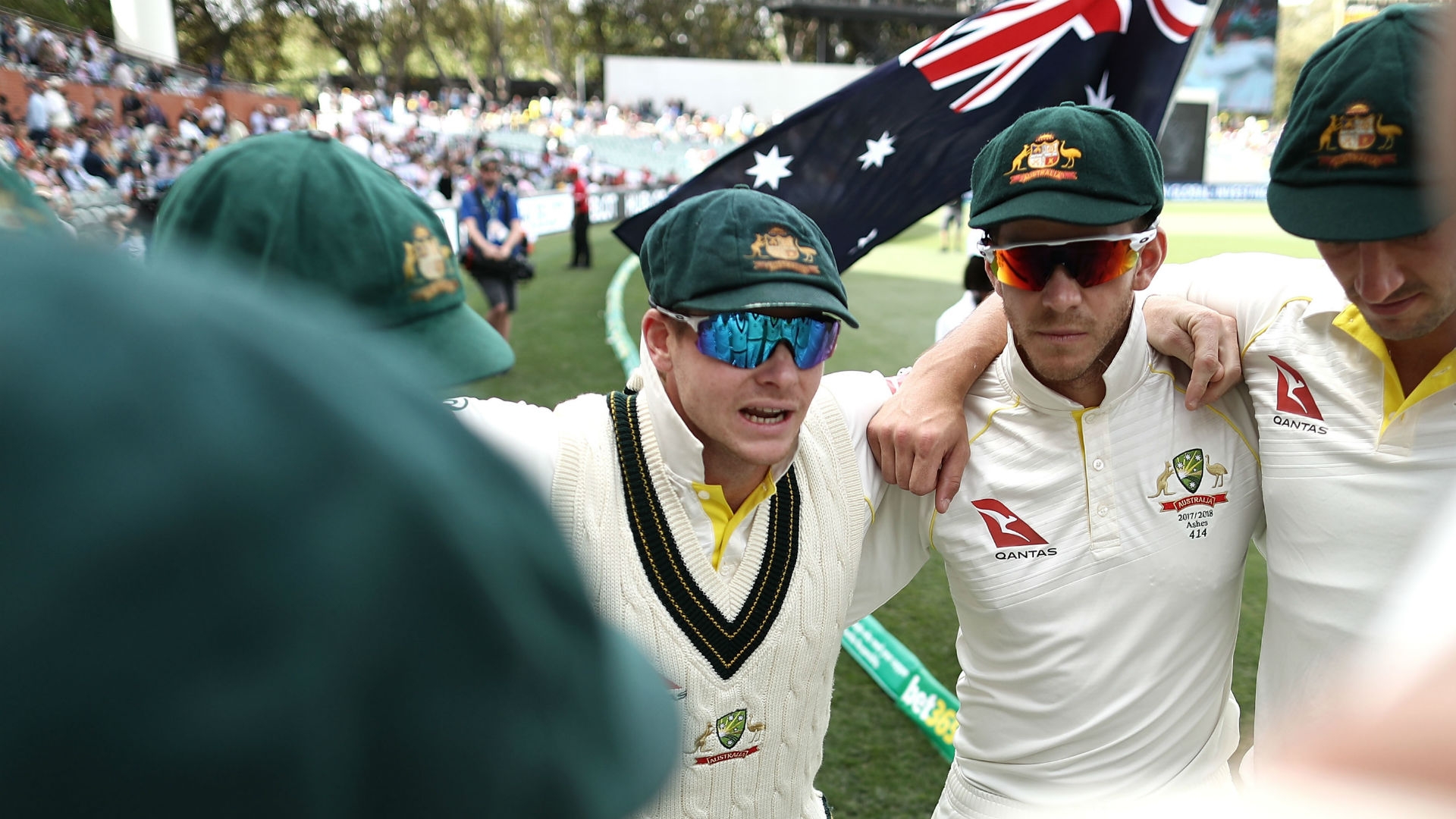 The hosts, 1-0 up in the best-of-five series, were well-set with a lead of 215 after England were bowled out for 227 on day three, but Smith opted against putting Joe Root’s men back in under the lights, perhaps influenced by a gritty, time-sapping eighth-wicket stand between Craig Overton and Chris Woakes.

With England enjoying favourable swinging conditions, James Anderson and Woakes ripped through the Australian top order, before keeping the pressure on the following morning to bowl out Australia for 138, setting England a record-breaking, but not insurmountable 354 to win.

Day five will commence with England requiring another 178 runs to win with six wickets to spare and Root in impressive touch on 67 not out.

Root came under scrutiny when opting to bowl after winning the toss, a day-night Test first, but Smith now finds himself under the microscope and Saker believes a lack of time bowling at night could cost Australia.

“Steven has obviously made the decision that he felt the guys had bowled enough,” Saker told a news conference.

“In hindsight, we didn’t get an opportunity to bowl with the new ball under lights – that was our chance. Maybe we got it wrong. At the end of the Test match we will review that.

“In this game we haven’t had the luxury of having a new ball late in days, where England have. They are very good in those conditions, it’s pretty much like English conditions, they’re skilful as any bowlers in the world so they can exploit that.

“But our bowlers, given the opportunity in those conditions, I think they’d do the same, but I’m confident tomorrow morning if it’s a nice day, our bowlers can still get the job done, and I’d back them more times than not.”

Smith also erred in burning both of Australia’s reviews in the space of three deliveries as Root and Dawid Malan made impressive progress.

It means Australia will have no assistance from DRS at any part of Wednesday’s play.

Saker added of Smith: “He’s a very determined guy so he’ll think about things tonight, he’ll make sure that when we turn up we’re right to play.

“He’s obviously frustrated with what’s happened but I don’t think he’s really ruing the decision, once it’s made I hope he doesn’t think about that too much.”