What happens when Alan Jones comes face to face with one of his greatest fears?

John Cann joins Alan Jones following the release of his book The Last Snake Man to introduce his friend fang and talk about his remarkable life.

He’s a wildlife warrior, a professor of snakes, a top Rugby League player, a champion boxer and even an Olympic decathlete.

Every Sunday for almost a century John’s family ran the famous snake show in a pit at La Perouse – in Sydney’s south – an area once alive with tiger, brown and black snakes.

After growing up with over 300 ‘pet’ snakes in their backyard, John and his brother George took over the snake show from their parents in 1965. By the time John retired in 2010, he’d survived five venomous snake bites. 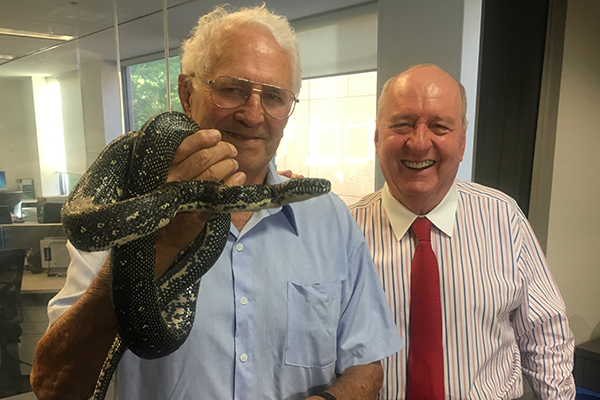