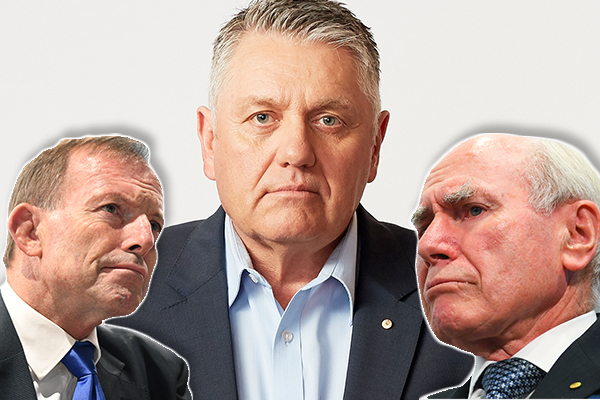 A jury has found the cardinal guilty of five offences against two young boys back in the 1990s.

Pell is appealing the verdict, with some claiming it was a witchhunt based on hearsay.

But Ray is reminding everyone that the jury, the judge and the lawyers are the only people who have heard the victim’s testimony.

Ray has taken aim at Mr Abbott and Mr Howard in particular.

“John Howard, despite my admiration for him over a long period of time, I think he went way over the top in providing a reference for George Pell.

There’s no mention of any victim’s in Mr Howard’s reference and I think that doesn’t bring any great credit to the former prime minister.

Mr Howard is someone I respect hugely but this gushing reference, in my opinion, was over the top.

He obviously believes Mr Pell and thinks the victim to be a liar.”

“I’m trying to understand the call by Mr Abbott but I really am struggling to get a grip on it.

His electorate would be looking at all this at the moment and scratching their heads.”

“Both Mr Howard and Mr Abbott, in my opinion, have shown a complete lack of understanding of victims of paedophiles… [and] have made gross errors of judgement.”

Ray Hadley concedes both men could be proven to be correct but has urged them to stop publicly supporting a convicted paedophile.

“They may be vindicated in an appeal but in offering their opinions at the moment, particularly Mr Howard… I think it would have been more prudent for justice to take its course before a public exhibition of their support for a now convicted paedophile.”

Home Affairs Minister Petr Dutton has urged his colleagues to think carefully about commenting about the conviction.

“From my perspective, having arrested people who have committed sexual offences against kids and been involved in this space as a mnister now for a long minister well, the legal process is sacrosanct.

A jury’s found guilt in relation to Cardinal Pell and that’s to be respected… but equally, Cardinal Pell maintains his innocence.”