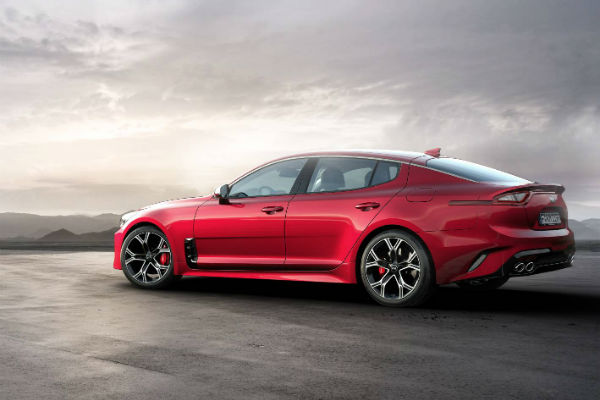 Kia can’t seem to put a foot wrong at the moment. At the recent Geneva Motor Show Kia showed off a striking sports sedan that will arrive here late in the year. The Kia Stinger according to its designer is a showcase of the South Korean company’s technical capabilities – designed as a Gran Turisomo or Grand Tourer rather than a sports coupe the Stinger will arrive in 2.0-litre turbocharged four-cylinder form as well as a 3.3-litre turbo V6. Modeled on the original Maserati Ghibli Kia suggest the four-door rear-wheel- drive GT able to carry five passengers and their luggage with an unruffled ride and with nimble handling. The Stinger name evokes speed and excitement and is the highest performance production vehicle in the company’s history. Designed at Kia’s European design centre in Frankfurt with a chassis honed on the famous Nurburgring it’s a car that will lift significantly Kia profile.