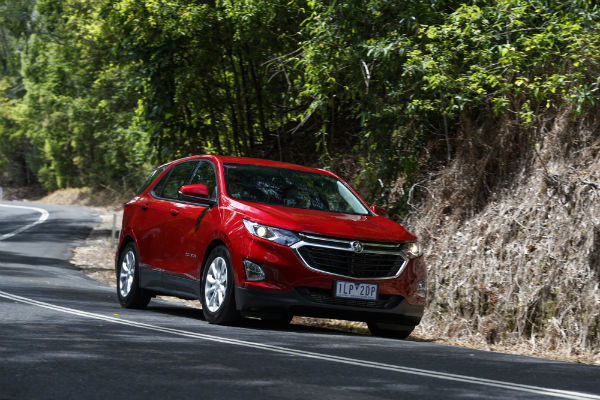 This week from Holden a new mid-sized SUV called the Equinox – a five-seater replacing the long-standing Captiva although the seven-seat Captiva will remain until a replacement late next year. The Equinox is sourced from Mexico and is General Motors second highest volume model –it arrives in a tough segment, our second largest market segment, dominated by Mazda’s CX-5. On first impression the Holden Equinox is well packaged with safety and comfort items, rear seat legroom impressive, and well-priced – it had to stand out in these areas, it’s also nicely built, the high volume from the Mexico plant a real benefit here, but it’s also an impressive driver – ride and handling with input from local Holden engineers well sorted. Two engines, 1.5-litre turbo and 2.0-litre turbo. Prices start at $27,990 and run to $46,290 – there’s five front wheel-drive variants while the top-line LTZ and LTZ-V come also in all-wheel- drive which is switchable and you can disconnect drive to the rear wheels for improved economy. Of the two Equinox engines the 2.0-litre twin-scroll turbo is the all-rounder – eager with 188kW of power and 353Nm of torque, both figures best in class but economy not as good as the opposition. The 1.5-litre links to a six speed manual or auto, the 2.0-litre to a super-smooth 9-speed automatic. Wheel size plays a big part across the Equinox range – 17, 18 or 19 inch alloy. Holden have done a great job on developing the Equinox for this market – it’s best however in the higher grade LT and LTZ models. I’m David Berthon