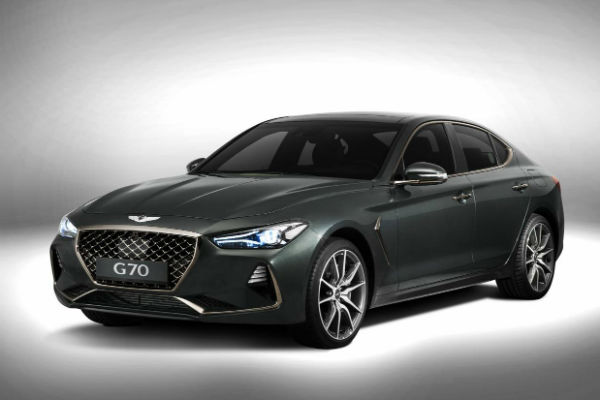 Hyundai’s luxury brand Genesis has revealed its second model for the Australian market due here in the first quarter of next year. The all-new G70 mid-size sedan will be chasing the market occupied by Mercedes-Benz C-Class and BMW’S 3-series. The Genesis brand will become it own standalone marque from next year independent of Hyundai much like Lexus’s relationship with Toyota. The G70 will come in two rear-wheel- drive petrol powertrains including a 3.3-litre twin-turbo V6, as fitted to the just-released Kia Stinger Coupe, and a 2.0-litre turbo four-cylinder , both linking to 8-speed automatics. Pre-release photos show the Genesis G70 a rather striking model – the company suggesting it represents the future direction of the Genesis brand’s design identity. Importantly, the suspension with includes a multi-link rear configuration has been specifically tuned for Australian conditions. This is a good looking prestige model and while it will take some time to gain traction in a competitive prestige sedan market I have no doubt that its entry pricing will not be very sharp.
I’m David Berthon