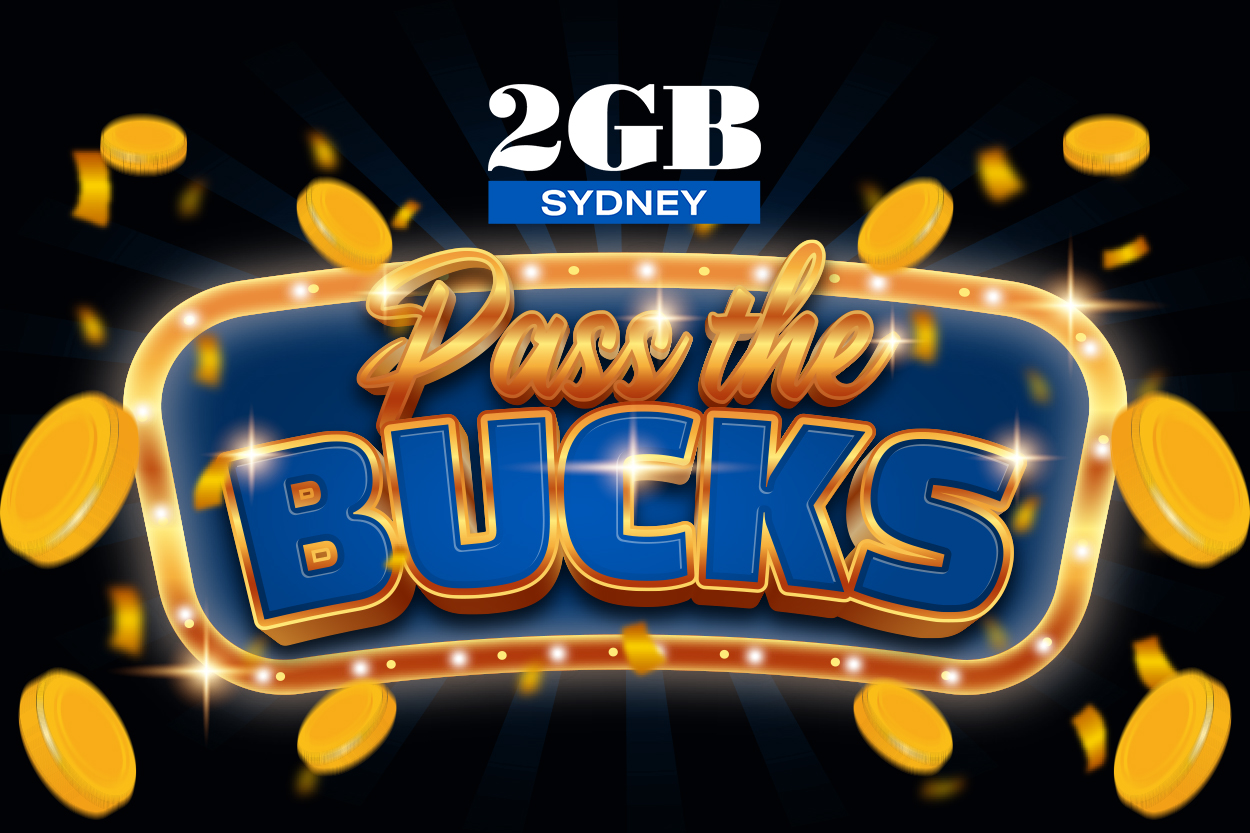 2GB is giving you the chance to win $1,000 cash four times every weekday – with Pass the Bucks!

From Monday February 6 until Friday February 24, you’ll have the chance to win $1,000 every day with Ben Fordham Live, the Ray Hadley Morning Show, Afternoons with Deborah Knight and Chris O’Keefe Drive.

Just listen in to hear the special codewords – and be ready to phone in when you hear the cue-to-call.

Ben Fordham will announce the codeword that can win you $1,000 with Chris O’Keefe – and vice versa.

If you’re the nominated caller to get through – and you know the correct codeword for that show – you’ll win $1,000 cash.

If the caller doesn’t know the codeword – we’ll keep taking calls until we get a winner!

After the contest, you’ll hear another codeword, that can win you $1,000 the next time!

So keep listening to 2GB and make a note of the winning codewords.

So keep listening, and you could be a big cash winner.