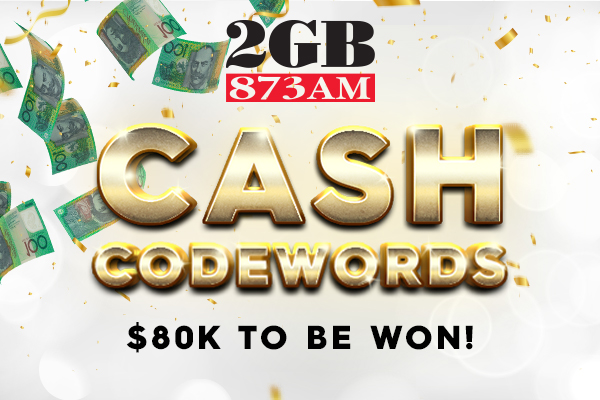 Got the lockdown blues?

Then cheer yourself up with 2GB’s Cash Codewords!

From Monday July 19 until Friday August 13, 2GB is giving dedicated listeners the chance to win thousands of dollars in cash with 2GB’s Cash Codewords.

Each day, they’ll announce two “cash codewords” specific to their show for that day.

Then, sometime before the end of the show – they’ll invite listeners to call in on the competition line, 1 300 722 873, and tell them those two cash codewords.

If they’re the successful caller, and they do, they’ll win $1,000 cash, instantly!

If they don’t, the presenters will keep taking calls until the money is given away!

Winning couldn’t be any simpler!

Listen on air, online through 2GB.com or on the 2GB app….the more you listen, the more chances you’ll have to be a winner!

Only the first two cash codewords stated will be accepted. No additional attempts allowed.